Heb 11:32-34 And what more shall I say? I do not have time to tell about Gideon, Barak, Samson, Jephthah, David, Samuel and the prophets, who through faith conquered kingdoms, administered justice, and gained what was promised; who shut the mouths of lions, quenched the fury of the flames, and escaped the edge of the sword; whose weakness was turned to strength; and who became powerful in battle and routed foreign armies. NIV

Judges 6:1-6 Again the Israelites did evil in the eyes of the LORD, and for seven years he gave them into the hands of the Midianites. Because the power of Midian was so oppressive, the Israelites prepared shelters for themselves in mountain clefts, caves and strongholds. Whenever the Israelites planted their crops, the Midianites, Amalekites and other eastern peoples invaded the country. They camped on the land and ruined the crops all the way to Gaza and did not spare a living thing for Israel, neither sheep nor cattle nor donkeys. They came up with their livestock and their tents like swarms of locusts. It was impossible to count the men and their camels; they invaded the land to ravage it. Midian so impoverished the Israelites that they cried out to the LORD for help. NIV

Judges 6:11-16 The angel of the LORD (theophany) came and sat down under the oak in Ophrah that belonged to Joash the Abiezrite, where his son Gideon was threshing wheat in a winepress to keep it from the Midianites. When the angel of the LORD appeared to Gideon, he said, "The LORD is with you, mighty warrior." "But sir," Gideon replied, "if the LORD is with us, why has all this happened to us? Where are all his wonders that our fathers told us about when they said, 'Did not the LORD bring us up out of Egypt?' But now the LORD has abandoned us and put us into the hand of Midian." The LORD turned to him and said, "Go in the strength you have and save Israel out of Midian's hand. Am I not sending you?" "But Lord," Gideon asked, "how can I save Israel? My clan is the weakest in Manasseh, and I am the least in my family." The LORD answered, "I will be with you, and you will strike down all the Midianites together. NIV

Mountain Movers find strength in weakness through->
Believing what God says about you.

Judges 6:12 When the angel of the LORD appeared to Gideon, he said, "The LORD is with you, mighty warrior." NIV

Judges 6:15 "But Lord," Gideon asked, "how can I save Israel? My clan is the weakest in Manasseh, and I am the least in my family." NIV

*You are loved - 1 John 4:10-11 This is love: not that we loved God, but that he loved us and sent his Son as an atoning sacrifice for our sins. Dear friends, since God so loved us, we also ought to love one another. NIV

*You are gifted - Eph 1:3 Praise be to the God and Father of our Lord Jesus Christ, who has blessed us in the heavenly realms with every spiritual blessing in Christ. NIV Eph 2:10 For we are God's workmanship, created in Christ Jesus to do good works, which God prepared in advance for us to do. NIV Rom 12:4-6 Just as each of us has one body with many members, and these members do not all have the same function, so in Christ we who are many form one body, and each member belongs to all the others. We have different gifts, according to the grace given us. NIV

Mountain movers exercise faith to believe what God and the Scriptures say about them! 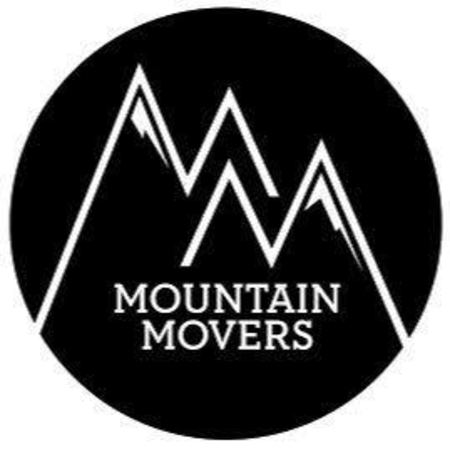 Joseph and the Bag of Bones
Mountain Movers